Sondre Norheim was a poor farm labourer. Born in Morgedal in 1825 in a part of Norway where in the snow heavy winters, skiing had always been an integral part of daily life. Skis were traditionally used as the main form of transport, hunting, collecting wood in the forests, social visits and for generally getting around on the steep, snow heavy slopes.

Sondre, a skilled craftsman and athletic figure, changed the way people saw skiing: He designed and made skis which enabled skiers to tackle the slopes in ways never seen before. He also used a new heel binding design which held the ski firmly to the foot…

Skiing became playful and he demonstrated feats of skiing never seen before. Playful and charismatic and always out skiing – there developed around him a ski culture here in Morgedal in the 1860’s which grew into a thing of legend.

Sondre and his protégées skied the 200km tough journey into Christiania (Oslo), to compete and demonstrate their skiing skills. They completely blew the competition away and the crowds who gathered to watch were spellbound, they had never seen people anything like this before. This was a skiing revelation and the Telemark men had created a «ski fever» in the capital and so the news spread…

It is from Morgedal that Ambassadors would go out and start the worlds first ski school in Olso and then go on into America and Europe – taking their new skis and technique with them. From transport to sport, skis were now being used for the pure joy of the downhill, jumping and racing to the bottom of the snowy hills; it was the dawn of modern ski sport. Skiing, boarding – the simple joy of sliding on snow…

Did you know that…

Here in Morgedal, in this unassuming little valley, you can rediscover this pure, original ski experience.

The story of Sondre Norheim – the father of modern skiing 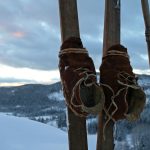 The history of Sondre begins in Morgedal, Telemark. He was born June 10, 1825, at Øverbø, a little cotter’s farm nestled in the hillside. About 500 people lived in this Southern Norway village at that time.

Read the story of Sondre Norheim 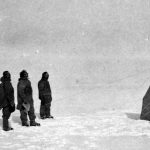 Olav Bjaaland  was a Norwegian ski champion from Morgedal in Telemark. In 1911, he was one of the first five men to reach the South Pole as part of an expedition led by Roald Amundsen. 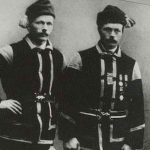 Both Torjus and Mikkjel Hemmestveit were from the village of Morgedal in Telemark. In USA they got the name «The crazy Norwegians from the North Pole».

The story about the Winter Olympic Flame 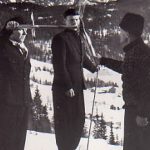 Friday February 15. 1952 the Winter Olympic Flame was lit in Oslo. Two days before, the pinewood torch was lit in Sondre Norheims cottage, Øverbø, in Morgedal.

Read the story about the Winter Olympic Flame